VOLTA NY: What Can Come From One Pair of Hands

VOLTA NY is a showcase of individual minds and hands – hands that painted, sculpted, collaged, and sewed something incredible to be here. It’s held annually in both New York and Switzerland, and last week it took up two stories of 82MERCER in SoHo, and more than 22,000 people showed up. 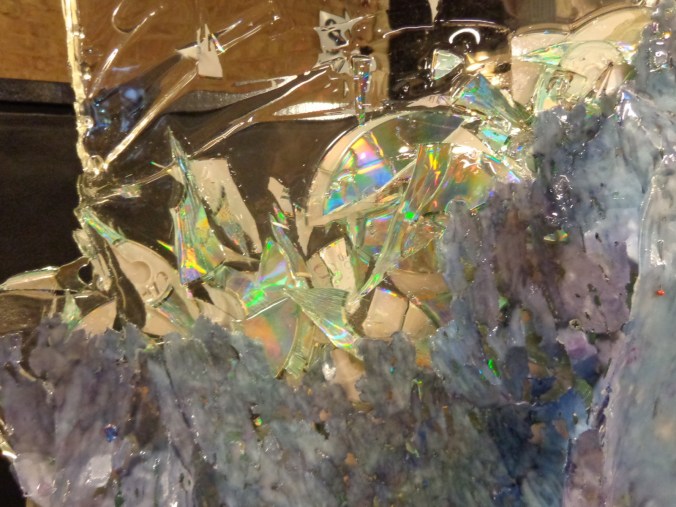 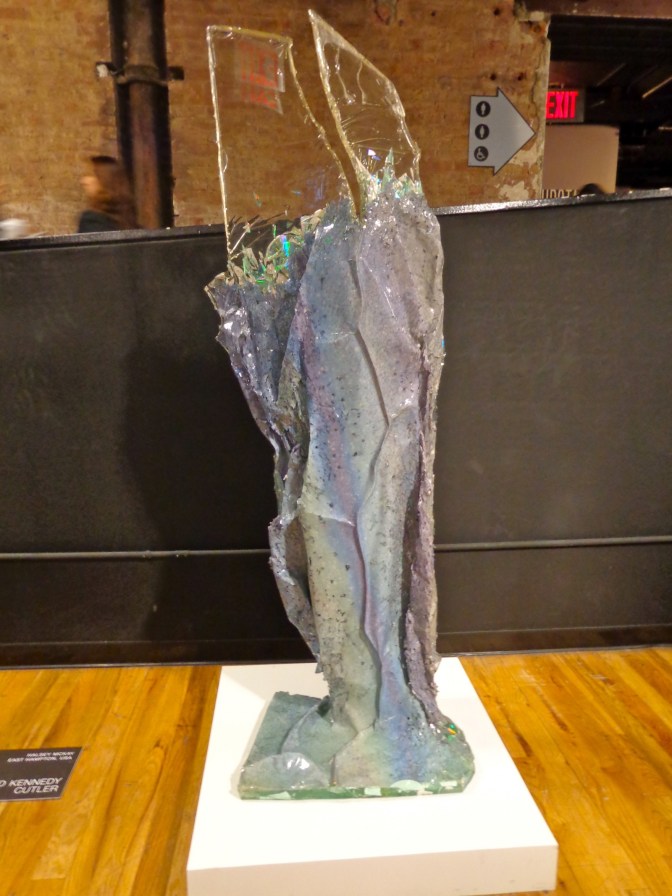 The show’s design lead you around through two rows of art per room, and even though it was a bit cramped when tons of people showed up, the art took up most of the space, and the artists were sometimes there to greet you and discuss their work which is very exciting but also kind of nerve-wracking  David Kennedy Cutler’s sculpture stood right in the fair’s halfway point, greeting visitors as they walked towards the stairs and up to a whole new level of art – this one with higher ceilings and exposed brick walls. 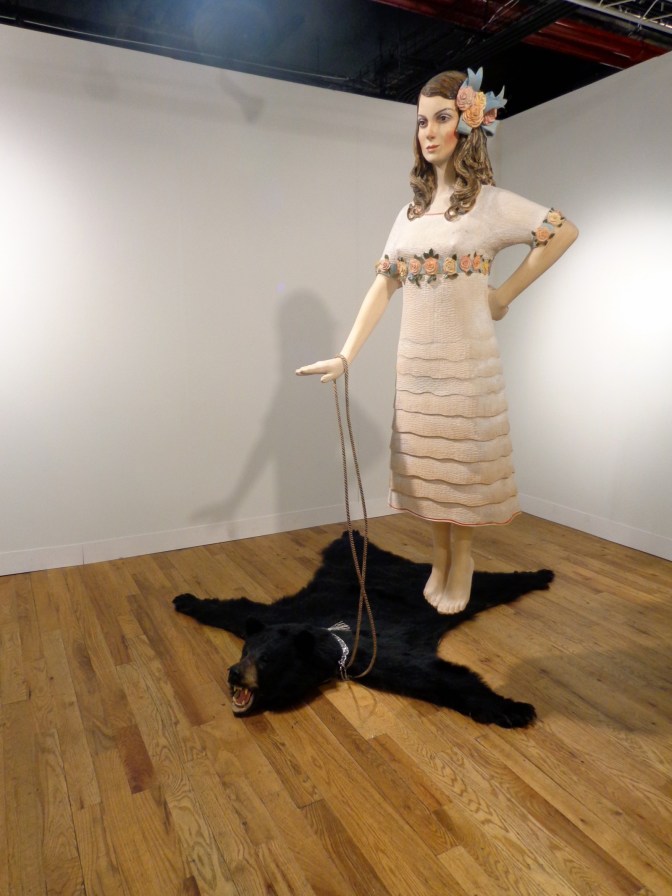 A whole crowd was gathered around Marc Fromm’s levitating piece – the girl somehow miraculously held up by the seemingly slack rope draped causally around her wrist. The bear and the girl together make for an interesting pair: the bear’s furry face is still somewhat ferocious looking, and even though the flying girl is all dolled up with flowers and everything, there’s hardly any expression behind her empty doll face. 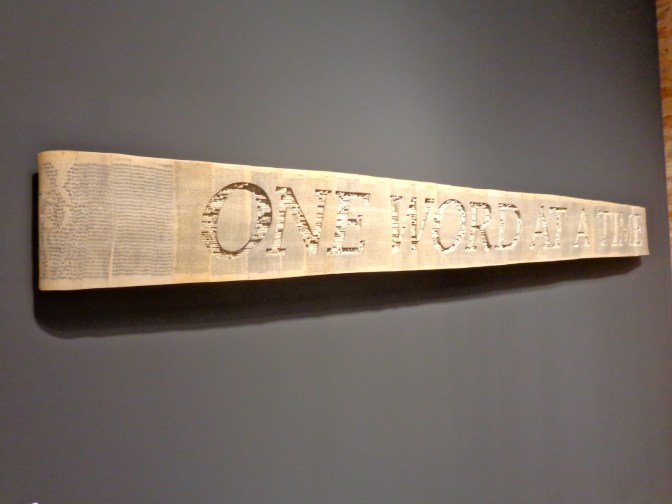 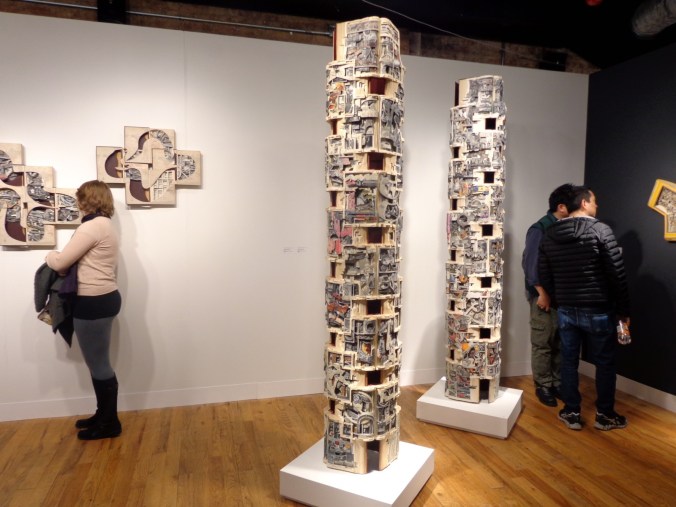 Brian Dettmer’s works appeared the most labor-intensive at VOLTA. His towers and wall sculptures are made from encyclopedias and  involved hours of pouring through old books and carefully cutting and rearranging. “One Day at a Time” actually reads ‘One Word At A Time’ with each of the letters carefully filled in with thousands of individually cutout letters. 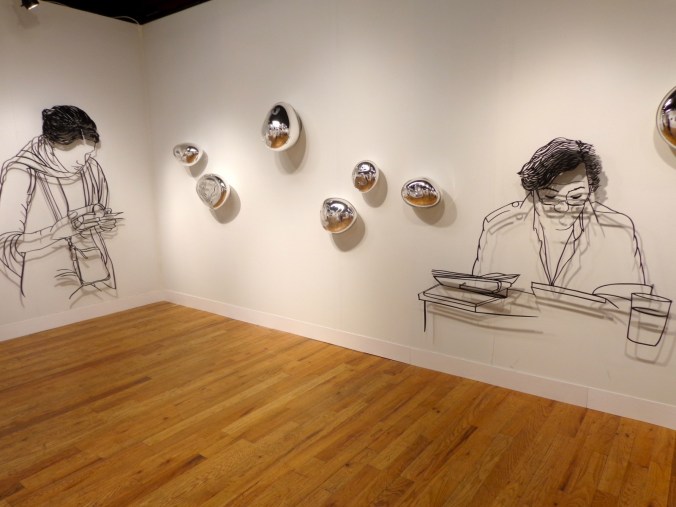 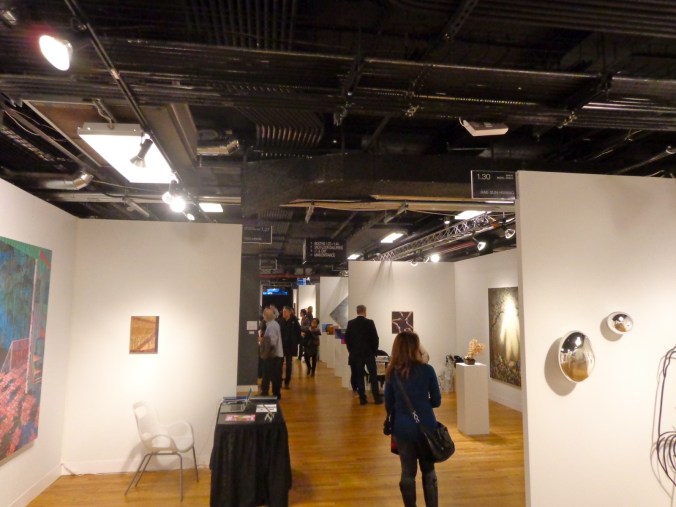 The SoHo area around VOLTA was busy the entire weekend, the whole city buzzing with art fair fever. And even though thousands of people walked through the same space in four days, it somehow still had a personal feel. Each booth was dedicated to one artist’s work so viewers were individually immersed in different artists’ styles as they walked from one white-walled booth to the next. 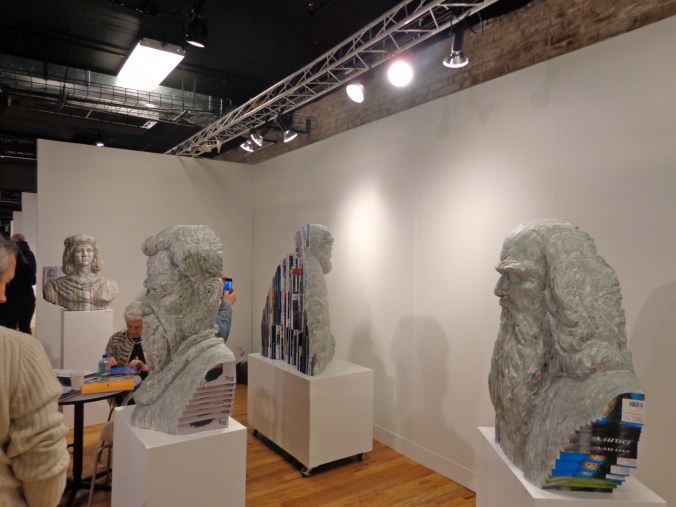 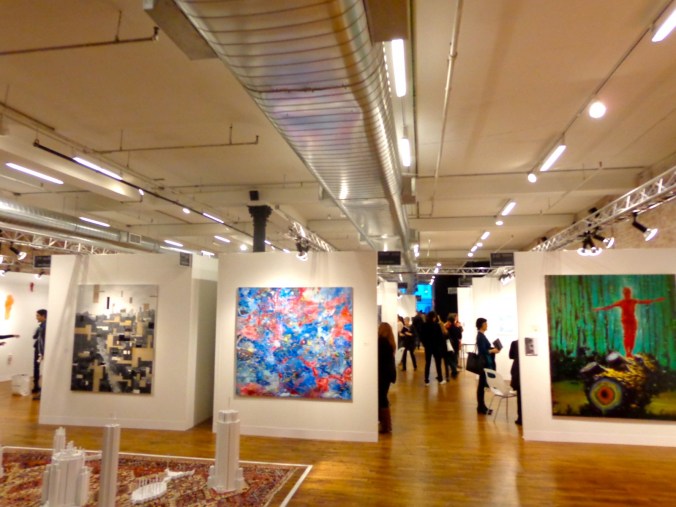 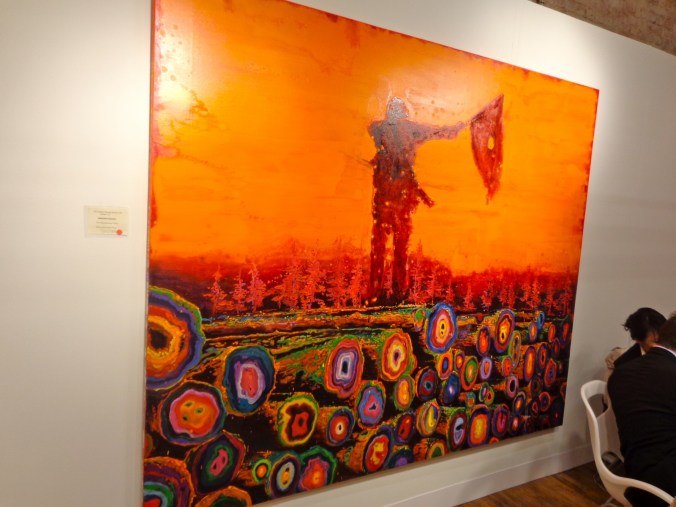 A Flickr album for VOLTA is currently in the works, and expect a lot of future descriptions of the incredible work that was there.

Citizens of the World: Cuba in Queens. →